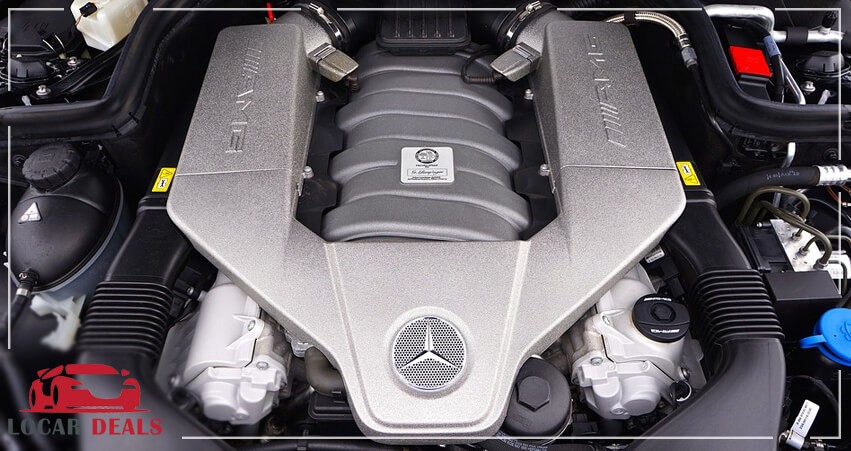 The combustion engines that are powered by petrol are generally classified as either interference or non-interference engines.

Understanding your curiosity about such engines, today we have a list of cars with non-interference engines.

We will discuss different car brands and the engines offered by them that are non-interference engines.

If you like you can also read about Cheap Cars with Paddle Shifters 2022 with paddle shifters being another crucial mechanical part.

What is Non-Interference Engines?

The latest internal combustion engine is a complex space of moving parts that can cause chaos if not working as desired.

This type of engine will tell if the chaos will cause severe engine damage or minor engine repairs.

The working of an engine is based on the movement of pistons and the crankshaft. The smoother the movement, the better condition of the engine.

In engine terminology, interference refers to the paths that the pistons and valves travel. But the most interesting thing is to notice if those paths cross.

To put it in simple words, in a non-interference engine the piston is situated at the top dead center so that it can never go higher than a fully open valve.

Thus, being placed so high, the piston can never interfere with the valves.

Most Popular for You:

One might find it unnecessary to learn about types of engines as it is a technical matter. But as a driver, it is crucial to know and understand the difference between the two types.

Suggestion: 8 Best Bug and Tar Remover For Cars To Buy Online in 2022

Acura is a luxury vehicle subsidiary of Japanese carmaker Honda. The brand was launched in countries like the USA and Canada in 1986, marketing luxurious, high-performance motor vehicles.

Chrysler is one of the three biggest automakers in the United States Of America. It is an American subsidiary of Dutch-domiciled automotive company, Stellantis.

Ford or Ford Motor Company is an American high-end automaker that is well known for its pickup trucks.

The Saturn Corporation was launched by General Motors (GM) as its American subsidy. However, in 2009, GM halted the production of Saturn.

GEO was the manufacturer of small cars & SUVs that was marketed as a subdivision by General Motors under its Chevrolet division from 1989 to 1997.

In 1997 GEO got merged with Chevrolet.

It is one of the most popular and well-recognized car brands in the USA.

Jeep is another American automaker that is a division of Stellantis. The brand has been a part of Chrysler since 1987 when it was acquired by the latter.

Kia Corporation is a South Korean multinational automaker. It is South Korea’s second-largest automobile company after its parent company Hyundai.

Kia is one of the most loved & reliable brands in the United States.

Lexus is a luxury vehicle division of Japanese carmaker Toyota. The Lexus brand is widely famous and is marketed in more than 70 nations around the world.

Mazda is another Japanese carmaker that is well known for its high-end vehicles. The company is based in Fuchū, Aki District, Hiroshima Prefecture, Japan.

Mercury is now a defunct division of the Ford Motor Company. Upon its launch, the brand was marketed as an entry-level premium one.

Presently it is owned by Mitsubishi Group, Nissan, and Renault–Nissan–Mitsubishi Alliance.

The brand is well-known for its reliable and affordable motor vehicles.

Suzuki, a Japanese multination company that is well known for its production of four-wheel-drive wheels, all-terrain rides,  motorcycles, and a variety of engines.

Toyota is a Japanese automaker that currently holds the position of the biggest automobile manufacturing corporation in the world.

The company is headquartered in Toyota, Aichi, Japan.

Volkswagen is a German motor vehicle manufacturer which happens to be one of the biggest automakers in the world.

Volvo is a Swedish automaker headquartered in Torslanda in Gothenburg, Sweden.

With this being said, you might also like to learn about when is the right time to buy a car.

Valves are the parts that are used for starting or stopping the flow, preventing backflow or relieving, regulating or throttling flow, and regulating pressure in fluid or gaseous handling applications.

Engine valves are mechanical parts used in internal combustion engines to enable or restrict the flow of fluid or gas from combustion chambers or cylinders during engine operation.

A slider that is moved or shaken by the pressure of a liquid, usually consisting of a small cylindrical body in a cylindrical chamber or vessel along which it moves back and forth, is called a piston.

In engines, pistons are, among other things, the parts that drive engines, pumps, gas compressors, hydraulic cylinders, and pneumatic cylinders.

Its main task in the engine is to transfer force from the expanding gas in the cylinder to the crankshaft via the piston rod.

The timing belt is a serpentine belt that runs along one side of the engine to properly synchronize the camshaft and crankshaft.

The main difference between a non-interference and an interference engine is in the way the valves of these engines open.

What Happens If Timing Belt Snaps?

If the timing belt snaps, it can harm the engine of your vehicle based on its type. Thus, you must go through the list of cars with non-interference engines.

So, if the timing belt somehow snaps, there is a huge chance of valve or cylinder damage to occur, which can harm your engine to severity.

What cars have non-interference engines?

Below is the list of car brands that have non-interference engines:

The interference engine needs good maintenance from its user. Regularly replacing the timing belt or having the chain fixed whenever an issue arises is the only way to keep it healthy.

Any negligence on your part can lead to the pistons & valves colliding, which can further cause extensive internal engine damage.

Toyota produces both interference and non-interference engines. So, the answer to this question is YES.

Can a non-interference engine bent valves?

Why do interference engines exist?

Interference engines exist because they are more efficient. They allow the vehicle to get more miles per gallon, which ultimately lessens our oil dependency.

What happens if a timing belt breaks on a non-interference engine?

In a non-interference engine, the breaking up of the timing belt does not cause a big chaos. There is no harm done to the cylinder or valve.

All you need to do is have it replaced.

How Much Oil Does My Car Need? – Understand Your Vehicle’s Oil Requirements