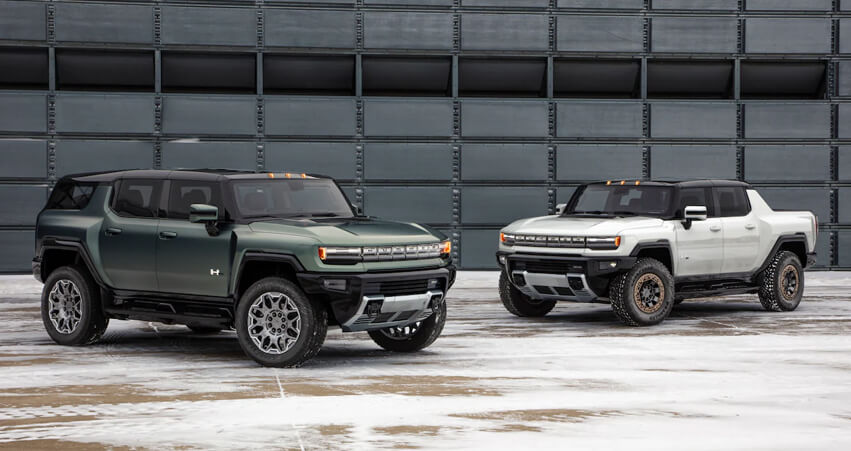 Are you looking for cars that start with H. Then your wait is over. In this article, we are going to reveal all the top automobile brands that begin with H.

When we want to Lease or buy any vehicle, many things come to mind like their performance, pricing, specification, and brand name. And according to our needs, we want to know everything That makes our buying decision better.

At Locar Deals, our vehicle specialist makes your buying journey easy by providing all the necessary knowledge that you want to know. This information makes you feel comfortable while comparing the brand’s specifications.

So in this post, We are covering all the details regarding cars that start with the letter H.

20 Popular Cars That Start With H

We already discuss below all car brands that begin with H. In the following list, you will get the top 20 cars that start with the letter H.

11 Car Brands That Start With The Letter H

By considering all your requirements, we collect the top 11 car brands that start with H. In the following list of vehicles, we cover all the major and famous brands that can fulfill your needs.

There are lots of automobile manufacturers in the market, but we choose the best vehicle brands for you on that list.

Here we choose the top car brands for you that fulfill your desires.

Now we will discuss the essential information that suits your needs and comes in handy while buying this luxury item for you. We are mentioning all the points in this list so your buying journey becomes hassle-free.

Honda was the first Japanese automaker to launch its own luxury car brand, Acura, in 1986.

The 2016 Honda Civic was voted Car of the Year in North America by a jury of automotive journalists. This is the second time a Civic has received this honor, as a member of the 2006 Civic.

As part of its vision to create a more sustainable mobility future, Honda introduced the Clarity Fuel Cell to customers in California in late 2016 – Emission vehicles can be the one that runs on hydrogen.

The Clarity can cover up to 366 miles on a single tank of fuel, can be fully refueled in three to five minutes, and only emits water vapor.

Hyundai automobile brand placed 2nd on the list of cars that starts with the letter H. Motor Company, commonly known as Hyundai, is a South Korean multinational automobile manufacturer based in Seoul.

Hyundai Motor Company was founded in 1967. The company currently owns 33.88 percent of Kia Corporation. The company’s first model, the Cortina, was launched in 1968 in partnership with Ford Motor Company.

In August 2020, the company announced the launch of Ioniq as its own new electric car brand and confirmed the sale of three new electric cars starting with h under the sub-brand. Ioniq is Hyundai’s second independent brand after Genesis.

The new brand will use Hyundai’s Global Electric Modular Platform (E-GMP), which they say enables “fast charging and long-range”.

Holden, formerly known as General Motors-Holden, was an Australian car brand owned by General Motors. The company was founded in 1856 as a saddlery factory in South Australia in 1908.

Holden introduces the FB, the first vehicle adapted for left-hand drive markets. In 1966, the HR series was the first Australian car to be fitted with seat belts as standard. Production of the legendary Torana began in 1967.

The Commodore VY series and VZ series were launched in 2002 and 2004, respectively. A few years later, VE’s new Commodore series and Captiva SUV were introduced.

By the end of 2013, the last major version of the Commodore had been created. The VF Commodore was updated with the VF II in late 2015.

Hummer was a truck and sports car brand that first appeared in 1992 when AM General began selling a civilian version of the Humvee M998.

In 1998, General Motors (GM) bought the AM General brand and marketed three vehicles: the original Hummer H1, based on the military Humvee, and the new H2 and H3 models, based on smaller GM platforms for the civilian market.

The Hummer HX was developed in 2008 as an open-air two-door off-road concept vehicle that is smaller than other Hummer models. Hummer is the best sports car that starts with H.

Hongqi is a Chinese luxury car brand started with H owned by the automaker FAW Car Company, which in turn is a subsidiary of the FAW Group.

Hongqi was launched in 1958, making it the oldest Chinese car brand beginning with the letter H. The CA770, introduced in 1963, remained in production until 1980, albeit in limited quantities.

Hongqi CA7460 flagship luxury car. It was jointly developed by Hongqi and the Ford Motor Company of the United States.

Its overall shape pursues the perfect blend of oriental art and modern technology with a sense of intimacy and new-age charm.

The Haval brand has decided to expand the possibilities of a potential buyer when entering the world market.

The first offer from the Haval brand should pull him into the SUV segment.

Haima is a new generation of passenger cars that successfully combines fuel efficiency, style, and affordability and was founded in Hainan, China in 1988.

Built on an international scale of manufacturing standards, intensive research, and modern innovations, Haima has consistently built its name from China’s Rest of the world.

In late 2009, Haima hit the streets of the Philippines and found a home in the country’s largest multi-brand auto conglomerate – the trusted and respected Laus Auto Group.

This strong association resulted in variants telling everyone to “Drive to Believe”.

Hawtai is a Chinese automobile manufacturer based in Beijing. It sells cars and SUVs under the Hawtai brand. Founded in 2000.

Hawtai Motor is a Chinese automobile manufacturer with intellectual property on automatic transmissions. And the world’s leading core technologies for clean diesel engines can mass-produce and equip these parts for all types of passenger cars.

It is also one of the first independent vehicle manufacturers to set foot in the new energy vehicle industry.

Hindustan Motors manufactured the Ambassador car, once a mainstream car in India that began production in 1957. The company produces a range of vehicles including passenger cars, RTV multi-utility vehicles, and versatile Bedford trucks.

In 1998 the Marquette, a convertible version, was announced and at the same time the Berlinette. RS, as the original model was now called, had a more powerful Citroën engine installed. The Berlinette RS is a sports car from Hommell.

The two-seater sports coupe was originally powered by a 2.0-liter Peugeot mid-engine, coupled with a 6-speed gearbox, later a more powerful Citroen engine was used.

Hafei, officially Hafei Motor Co., Ltd. is a Chinese automobile manufacturer that manufactures sedans cars; Carriers of people; and mini vehicles. It is currently a subsidiary of Chang’an Automobile Group.

Huawei’s first products were Suzuki micro vans and trucks sold under the Songhuajiang brand, which is named after the Songhua River, but they have been sold directly as Hafeis since 2002.

Their vehicles have always had the “HFJ” identity code, regardless of the brand.

Top FAQ Related Cars That Start With The Letter H

Can you name a car that starts with the letter H?

Highlander, Hornet, Hudson Horizon, and Honda Civic are some of the cars that start with H.

Some popular car brands that start with h are Honda, Hyundai, Holden, and Havel.

Why are Honda cars considered torqueless?

Honda cars have been low on torque because they traditionally used small-displacement naturally aspirated engines to power relatively large and heavy cars. This is particularly true of their more performance-oriented cars.

Why are Honda cars so reliable?

Superior quality control. Honda has adopted high technical standards and world-class manufacturing methods to make it one of the most reliable products on the road today.

How is the maintenance of Hyundai cars?

Hyundai’s low-end models cost average to maintain, while if you look at the i20 and higher variants, it definitely won’t be that cheap.

Why do Hyundai cars have low mileage?

Hyundai cars have decent to good mileage compared with the best in the industry. Some which are inferior quality have good mileage but the quality that matters most.

Where are Holden cars made?

Holden cars were made in Australia shortly after World War II and produced innovative vehicles for the Australian market.

How reliable were Holden’s cars?

Holden cars are the most reliable cars found in the market. They are much better than other brands in terms of reliability.

We provide you with all the information about cars that start with the letter H. In this list, we look at one of the most popular brands of cars, Honda, and all other brands of cars. Some vehicles are expensive, others affordable.

This list includes many sports cars starting with H, high-speed cars, and electric cars. Depending on your preference, you can choose one of the car models that suit your budget and needs.