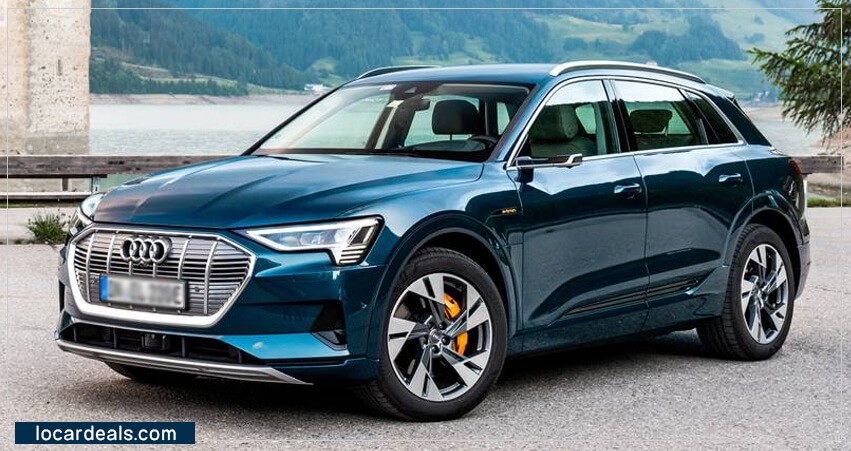 In Every person, There is a curiosity to know everything about their favorite vehicle. Like its colors, specifications, price, and most importantly, its name. In this article, we will look at all the cars that start with A.

There are many vehicles in today’s automotive market. Each vehicle has different specifications. Sometimes problems can arise when a buyer wants to buy any vehicle and does not know the features of that car.

At Locar Deals, our car expert provides all the information users want to know. The brand of the car or the name of the car is also important to anyone who wants to buy a car. The brand of anything matters a lot.

Find the model of the car and the name of the brand. In the following list, you will get the top 20 car names that start with A.

There are a lot of well-known cars brand that start with A. In the article, we give you everything you need to know about cars that start with soft A. So let’s get started.

Overview of Car Brands That Start With A

Now we will see all the car brands that start with A. In the following list, you will find detailed discussion of every vehicle description that makes each vehicle different from any other vehicle.

Each car brand has unique features that make them famous worldwide. Following are list of the top 11 Car  brands that start with the letter A:

List Of 11 Car Brands That Starts With the Letter A

Now, We will elaborate on each of the car nicknames that start with a. So you will get all the necessary information regarding the make and model of the car that is useful for you while buying that luxury item.

Each car brand contains so many cars, you can choose any of them as per your requirement.

So, No further delay go ahead

In the list of cars that starts with A,  Audi takes first place. Audi AG is a German automobile manufacturer that designs, produces, markets, and sells luxury vehicles.

Audi is a subsidiary of the Volkswagen Group and has its roots in Ingolstadt in Bavaria. The modern age of Audi essentially began in the 1960s when Volkswagen took over Auto Union from Daimler-Benz.

Audi Quattro is one of the most famous Audi models. The name Quattro is now used on all Audi vehicles with all-wheel drive.

The tinted look and the advanced aluminum space frame make the Audi R8 one of the most sought-after sports cars on the market today and a bargain for super sports cars.

Over the course of 3 generations, the Audi RS6 and its station wagon counterpart (Avant) have given the automotive world super sports car power levels in a tailor-made suit.

Alfa Romeo Automobiles come 2nd in the list of car brands with names a. This is a premium Italian automaker and a subsidiary of Stellaris. The company was founded on June 24, 1910, in Milan, Italy.

The first car produced by the company was in 1910 with 24 hp. Alfa Romeo Montreal is one of the best Alfa Romeo models.

Popular For You: 9 Best Convertible Top Cleaners Review 2023 To Maintain Your Ride

The recently launched Alfa Romeo 4C was a more divisive car and one of the best cars to come out of the Alfa stable in years.

Acura is the luxury vehicle manufacturer for the Japanese automaker Honda. The brand was launched in the United States and Canada on March 27, 1986, and markets luxury, performance, and high-performance automobiles. This brand has many expensive cars that start with A.

Acura continued to innovate, bringing the NSX supercar to showrooms in 1990. Regarded by many as the first dependable supercar, the NSX showed the world that Honda was capable of serious performance while maintaining the quality of life in the real world.

The recently launched Acura NSX 2021 brings a supercar look and performance in one package that can be lived every day.

Aston Martin Lagonda is an independent British manufacturer of luxury sports cars. It was founded in 1913 by Lionel Martin and Robert Bamford.

Aston Martin is a legendary name in the automotive world, synonymous with luxury and performance. While Aston Martin has become famous as the vehicle of choice for 007, amazing sports cars are made today, each licensed to thrill.

The seductive-curving DB11 is available as a coupe or convertible (known as the Volante in Aston Martin parlance) and powerful V-12 engines. The Vantage with V-8 is Aston’s entry-level sports car, and the high-rise DBX is the company’s first SUV.

Recently the brand presented the new A110, a sports car that remains true to the timeless principles of compactness, lightness, agility, and alpine driving pleasure.

Alpine has grown into the brand dedicated to Groupe Renault’s innovative, authentic and exclusive sports cars, benefiting from the heritage and craftsmanship of its historic Dieppe plant.

Ariel Motor Company Ltd is a high-performance vehicle manufacturer based in Somerset, England. The company makes the Ariel Atom, an extremely lightweight, high-performance car powered by a Honda Civic Type-R engine and transmission.

The Atom is the world’s first roadworthy exoskeleton car. Ariel Motor recently launched its new Ariel Atom 4. The new car has been completely redesigned from the previous Ariel Atom, with all parts less changed.

The new car is powered by the Honda Civic Type R engine again but is now turbocharged as standard on the Atom 4.

Abarth is an Italian manufacturer of racing and road vehicles founded in 1949 by the Italian-Austrian Carlo Abarth. Abarth & C. S.p.A. is a wholly-owned subsidiary of Stellantis.

More than 70 years since the company was founded in March 1949, the Abarth name is still very popular with automotive enthusiasts around the world. Abarth’s youngest 124 sports car that starts with A lived briefly but burned brightly.

Already a more focused version of the standard Fiat 124 Spider, with a 170 hp version of the 1.4 turbochargers and a tighter setup, the GT received a light (16 kg) carbon-fiber roof panel and an OZ -Light metal set. bikes.

Arash Motor Company is a supercar and hypercar manufacturer based in Newmarket, Suffolk, England. It was originally founded in 1999 by Arash Farboud as Farboud Limited and renamed in 2006.

The Farboud GT was the company’s first model, presented at the 2002 Autosport International Show in Birmingham. It has a 2.8-liter V6 Biturbo engine that develops 620 hp.

The AF8 was designed by Arash and unveiled at the 2016 Geneva Motor Show. It featured a carbon steel / tubular chassis and a 7.0-liter V8 mid-engine with 505 hp.

Aixam-Mega is a French automobile manufacturer based in Aix-les-Bains, Savoy. It was founded in 1983 to manufacture small cars after the takeover of Arola.

The Aixam 400, 500, and 500.5 are mechanically very simple vehicles by today’s standards. Various engines have been offered over the years.

The petrol versions used a 505 cc Lombardini twin with around 20 hp (15 kW), later the petrol engines were equipped with fuel injection.

Aspark CoLtd. is a company that manufactures electric vehicles. Its famous model is the Aspark Owl, a battery-powered, all-electric sports car that has been in development since 2018 with the goal of building the fastest-accelerating electric car.

The Aspark Owl is the fastest fully electric hypercar in the world – from 0 to 100 km / h in less than 1.7 seconds.

This acceleration time makes it the fastest production car in the world.

Atalanta Motors is a British car manufacturer founded by Martyn Corfield in 2011. The new Atalanta consists of hand-cut aluminum plates on an ash wood chassis.

With 90 percent of the components being developed and manufactured in-house. Atalanta Motors is updating its original classic sports car start with A today.

Top FAQ Related Cars That Start With the Letter A

Can you name a car model that starts with the letter A?

Yes, There are many cars that start with the letter A. Ex. Accent from Hyundai, Audi Accord from Honda and Avalanche.

What are the top car brands that start with letter A?

Audi, Alpine, Acura, Aston Martin and Abarth are top car brands that begin with Letter A.

What is the best Audi car?

Audi Quattro 20V is the model which is regarded as the best Audi car.

Why do people buy Audi?

There are many reasons that true car buyers looking for comfort and luxury without compromising speed and performance at the same time want Audi cars above all else.

What is so special about an Alfa Romeo car?

Alfa Romeo Cars are advanced in design and engine that has its soul and a car that is ultimately different from others.

Yes. Honda makes them and Honda makes good things. Of course, normal precautions apply to vehicles that have been misused and/or not serviced, etc. But an Acura in good condition is an excellent car.

We have provided you with all information about cars starting with the letter A. In this list, we discussed one of the most popular brands of cars, Audi, and all other brands of cars. Some vehicles are expensive, others affordable.

This list includes many sports cars, high-speed cars, and electric cars beginning with A. Depending on your preference, you can choose one of the car models that suit your budget and requirements.

How Long Does It Take To Jump a Car? Just 5-Minutes Process