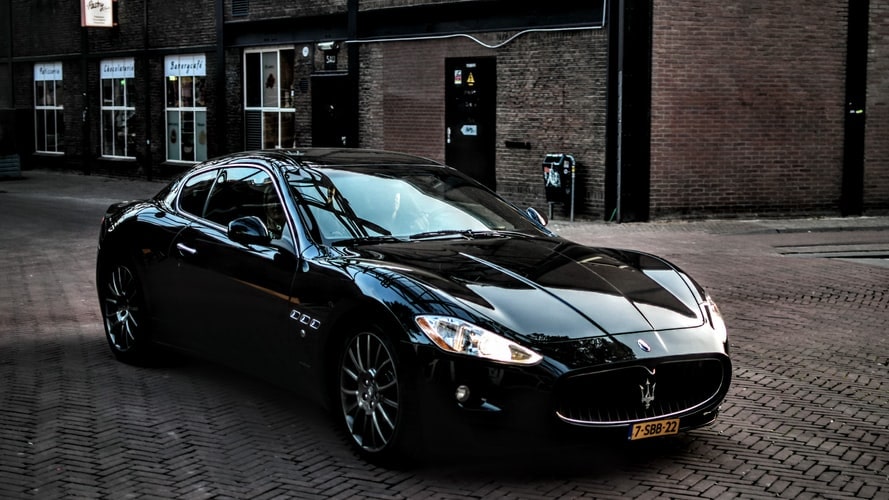 Are you looking for cars that start with “J“? You have come to the right place. Locar Deals is one of the well-known automotive blogs that can help you with your car-related query.

People have different kinds of beliefs. Some may call it superstition while for some, it is a matter of faith. This is the kind of thing we see in car lovers as well.

You can have a look around yourself, and you will find several examples of such happenings. Some people only prefer a specific colour for cars, some only go for a particular brand and much more.

So, it is safe to assume that there are some car enthusiasts out there in the world who are looking for cars that start with J. Whether you want to call it madness, style, superstition, or faith, all we know is that we want to help.

Here is the list of the top seven car brands that start with J.

We are going to discuss each of these brands in detail. So, sit back, relax and keep reading.

Top Car Brands That Start With The Letter J:

Cars are among the top luxuries in the world. The second most costly thing a person is supposed to buy after a house is a vehicle. So we understand your requirements towards such a big purchase.

To all the car enthusiasts out there who are looking for cars starting with J, we have a detailed list that will make you all happy.

The first brand in this list of cars starting with J is Jaguar. The brand is a British car manufacturer that was founded in 1922. At present, Jaguar is a division of Jaguar Land Rover.

Earlier, the Jaguar Land Rover was owned by Ford. But in 2008, it was purchased by Tata Motors, an Indian automobile brand.

The brand is well-known for its luxury vehicles, high-end performance, and demand in the worldwide market. This is why Jaguar’s competition is specifically diverse. Mercedes-Benz, BMW, Porsche, Lexus, Infiniti, Cadillac are some of its top competitors.

The Jaguar logo has been under various changes over the years. The logo is featured on the hood of most of the company’s models. It is widely regarded as one of the most popular car logos in history.

Jeep is an America-based car brand founded in 1941. The brand can be referred to be American automobiles, which is a subpart of FCA US LLC, which is formally known as Chrysler Group, LLC.

Chrysler is the parent company of Jeep which is completely owned by Fiat Chrysler Automobiles. The company owned the Jeep brand completely in 1987. If you are into sports utility vehicles, this is the brand for you.

Jeep’s product range comprises only sports utility motor vehicles which include crossovers and off-road-worthy models. This list includes only one pickup truck. However, the brand used to make other pickups, small vans, and roadsters.

The word Jeep was registered as a trademark in 1963. Also, the colours in the brand’s logo represent its uniqueness, elegance, and originality.

Another car that starts with J is JMC. JMC or Jiangling Motors Corporation Limited is a Chinese automobile manufacturer. The company was founded in 1968 and has been in business since then.

Jiangling Motors released their first JMC-brand passenger car, the Yusheng SUV, in late 2010. If pickups and vans are your preference, then this brand can provide you them at affordable prices.

JAC is a Chinese state-owned automobile brand that was established in 1964.

The brand is co-owned by Volkswagen Group (50%) and the Government of Anhui (50%). The company serves worldwide and is known for its economy cars.

JAC has a huge product line that goes from commercial trucks to small cars that are directly copied from Asian or European manufacturers.

JBA Motors was an automobile company based in England. The brand is well-known for producing British pre-world war II vehicles like JBA Falcon, JBA Sports SRi, and JBA Falcon TSR.

The company was founded by three partners Josh Barlow, David George Ashley, and Kenneth Glyn Jones. They all were engineers at British Leyland.

The company was originally named JBA engineering later changed to JBA Motors. After John Barlow left, the company was run by Dave Ashley and Ken Jones until 2004.

If you are into luxury cars, this can be the brand for you.

Javan is an upcoming car brand that was formerly known as Two-Thirds Limited. Javan Sports Car is a British automobile manufacturer that was established in 2003.

The brand is responsible for designing and developing the Javan R1, which is a 220 bhp track-oriented speedster.

The prototype for the Javan R1 was revealed by the company in 2006, and after that went into stable manufacturing.

Jensen Motors Ltd was a British automobile brand. It was a manufacturer of sports cars and commercial vehicles.

The company was founded in 1934 as W J Smith & Sons Limited. But later on, was renamed Jensen Motors Limited by two brothers Alan Jensen and Richard Jensen.

These are the top 7 car brands starting with the letter J. But we have something more for you in the store.

The letter J is not just associated with the brand names. There are cars out on the roads with different brands but the names starting with the letter J.

Cars That Start With Letter J

There are numerous cars in the market that either start with a brand name J, or has a name given to them with it.

In this segment, we will tell you about the cars that start with J. Earlier, we discussed the brands, and now it is about the models.

FAQ – Cars That Start With J

1. Top car brands that start with the letter J?

Here is the list of the top seven car brands that start with the letter J.

2. Can I find a car whose name starts with the J alphabet?

If you are someone who likes to buy their things with a touch of crazy or belief then it fits in your search for the perfect car.

Yes, you can easily find the cars that start with the J alphabet in the market. Google them, and you will see many results on your screen.

3. How many models of Jaguar have the name starting with J?

Jaguar is one of the most famous luxury car brands in the world. Every model that is launched practically starts with the brand name. So, they have a J in the beginning.

But still, you asked, Jaguar has 31 classic models that start with the letter J. Each one of them has Jaguar as the prefix.

The answer to this question is sort of tricky. The Chinese car brands are well-known to copy top European and Asian car models and launch them in the market at much cheaper prices.

Such brands are economical but don’t hold any light when it comes to competition with the originals. The brands are popular in their native land but don’t have a strong buzz in the international market.

5. Which is the biggest car brand in the world?

The biggest car brand in the world is Volkswagen. Volkswagen is a German motor vehicle manufacturer.

6. Who is the owner of Jaguar?

The top luxury car brand Jaguar is owned by Tata Motors. Tata Motors is an Indian automobile brand that has enhanced the growth of Jaguar to a great extent since its overtake.

Truth be told, the brand was dissolved in 2011 and has been completely dysfunctional since then. If you are hoping for a new launch, then you need to move one.

But if you are lucky enough, you may find some of the company’s old models. All you need to do is look around, and you might end up with a used one.

8. Apart from brands, are there any cars that start with J?

Yes. Apart from the car brand, there are several car models whose name starts with the letter J.

Here is the list of cars starting with the letter J: