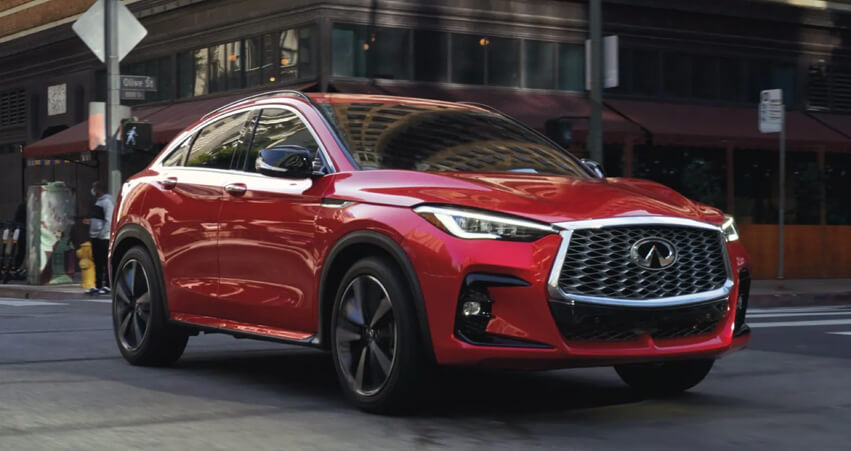 There are hundreds of car names, from very popular brands to small and missing ones. It’s not easy to remember them all. So we are solving it by going to discuss cars that start with I.

Even those who work in the automotive industry do not know all brands, not to mention their history, specialization, and model range.

This article contains a list of car brands beginning with the letter I from all corners of the world. In Locar Deals, our auto expert compiles the list of cars that are not only the most popular and well-known brands but also the lesser-known ones.

Top 20 Cars That Start With I

If you check the post, you are sure to find lots of names that you have never heard of in Car Names. In this article firstly we discuss all the car brands that start with I and then all cars that start with the letter I.

List Of Car Brands That Starts With The Letter I

After Researching a lot of car brands names, Our car specialist collects the top 9 car brands that start with the letter I. In list, We are covering all the old manufacturers to new automobile market players.

Some new car brands are making a good presence in the market. Here we choose the top car brands for you that makes you familiar with all top brands.

As you see the top car brands that start with I. Now we are going through it all by providing all details regarding cars brands like when they start working and their popular cars maker and some of their unique specifications.

So no further delay, lets begin.

Infiniti comes 1st on the list of cars that start with I. It is the luxury vehicle of the Japanese automaker, Nissan. Infiniti officially began selling vehicles in North America on November 8, 1989.

At the 2010 Geneva Motor Show, Infiniti unveiled a new powertrain for Europe with the new V9X engine developed by the Renault-Nissan Alliance. The new engine is used in Infiniti FX, Infiniti EX, and the new Infiniti M.

The new Infiniti M made its European premiere at the show, a move in which Infiniti would launch an aggressive strategy to expand the Infiniti brand into new premium segments.

The Isuzu car is ranked 2nd on the list of cars that begin with I. Isuzu is a Japanese car brand and diesel engine manufacturing company headquartered in Tokyo. In 1981 Isuzu began selling consumer and commercial vehicles under their brand in the United States.

In 1985 Isuzu and GM established the IBC Vehicles venture in the United Kingdom, producing locally built versions of Isuzu and Suzuki light vans.

In March 2021, Isuzu, Hino, and Hino’s parent Toyota announced the creation of a strategic partnership between the three companies.

The International Harvester Company was an American manufacturer of agricultural equipment and automobiles. IH is often referred to as the manufacturer of relatively successful and innovative “lighter” vehicle lines that go toe-to-toe against the Big Three.

IH manufactured light trucks from 1907 to 1975, beginning with the Model A Auto Wagon. One of the company’s light vehicles was the Travelall, which was conceptually similar to the Chevrolet Suburban.

The Travelette was a crew cab that was available with two or four-wheel drive. The Scout, first introduced in 1961, is a small, two-door SUV, similar to a jeep. In 1972 the Scout became the Scout II and in 1974 the Dana 44 axes.

IVECO car brand begins with I & is an Italian manufacturer of transport vehicles based in Turin, founded in 1975. Iveco’s commercial and industrial vehicle division produces a range of heavy, medium, and light transport vehicles for urban, rural, and off-road use.

Its comprehensive range offers tailor-made transport solutions for different goods. In 2003 IVECO bought Irisbus completely, which was originally part of a joint venture with Renault.

Iran Khodro, under the IKCO brand, is an Iranian car manufacturer based in Tehran. For more than three decades, Iran Khodro produced the Paykan, a car developed from the Rootes.

The Rootes Group, Also well known as the Hillman Hunter. In addition, IKCO manufactures E-Class trucks, buses, and cars licensed by Mercedes-Benz. In a joint venture with Daimler AG.

Innocenti was an Italian car company originally founded by Ferdinando Innocenti in 1947, which over the years produced Lambretta scooters and a range of cars, mostly from British Leyland.

The brand was retired in 1996, six years after it was acquired by Fiat. The Innocenti Spyder (1961-70) was a restructured version of the Austin-Healey MKII Sprite.

The car was manufactured by OSI near Milan. In 1972 classic cars start with I (Innocenti) took over the company BLMC. In addition to manufacturing its cars, Innocenti uses its factory capacities to manufacture car bodies. And the final assembly of the Maserati Biturbo.

Intermeccanica is an automobile manufacturer founded in Turin, Italy in 1959. Between 1961 and 1963, Intermeccanica developed the Apollo GT body for International Motor Cars, a company based in Oakland, California.

In 1975 Ford-Motor-Indra’s built two prototypes, one of which was delivered to the US with all the equipment for Indra’s construction in the US In 1985,

Each model was presented at the Geneva Motor Show in Switzerland.

In 2006, Isdera introduced the AK116i autobahn courier, a controversially styled vehicle powered by two Mercedes-Benz V8 engines, one per axle, of the W126 500 SE series, reminiscent of a 1930s passenger car.

Iso Rivolta is an Italian car and motorcycle manufacturer working in the automotive sector since 1938. In the early 1950s, Renzo Rivolta developed the concept of a car that was halfway between the car and the motorcycle to fill the gap between the classic motorcycle.

And the cheapest Italian car of its time, the Fiat Topolino. The actual transition to automobile production took place in 1962 with the public introduction of the 300, a luxury coupe designed by Bertone.

Top FAQ Related Cars That Start With the Letter I

What cars are starting with the letter I?

What car brand’s name starts with the letter I?

Some of the car brands starting with I are Iveco, IKCO, ISO and Isuzu.

What company makes the Infiniti car?

Infinity is the high-end subsidiary of Nissan and so of the Alliance Renault Nissan Mitsubishi.

6 Names of cars that start with i?

Car manufacturers, that start with the letter i?

Car manufacturers that start with the letter I are Intermeccanica, IKCO, and ISO.

What kind of car starts with an I?

Many types of cars that start with I like sports cars, compact cars, Electric cars and luxury cars.

After reading this article you are now familiar with all types of cars that start with I. In this list, our car experts cover almost every famous brand of car that makes your search for information complete. And saves your precious time. If any famous brands are left, pls tell me in the comments.

Why Buy a Green Car as a Student