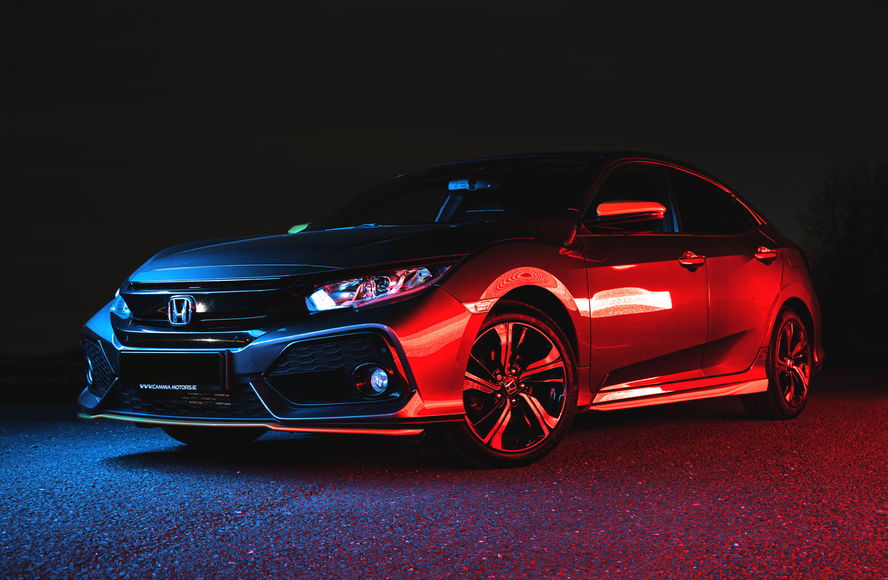 Considered one of the most comfortable, best-selling cars in 2021 on the market, the 2021 Honda Civic has long been a trusted model for consumers worldwide. However, you cannot ignore the Honda Civic competitors who are similar to it and stiff competition.

America’s best-selling midsize sedan, the Honda Civic, returns for 2022 with only minor changes, continuing the success of the previous model year. It continues its 10th generation with five trim levels and two engines available so that you can choose the best suits your needs and preferences.

But there are many different options for car buyers to buy a sedan. Buying a new car can be a long and confusing process as you browse your budget.

Looking for the best car at the right price. In this article, we compare how the new Honda Civic alternatives give it tough competition.

Honda is reviewing the Civic for 2022 and bringing this adorable compact sedan and hatchback to the 11th generation. Honda left no stone unturned, updating everything from the Civic’s body structure and engines to its design and safety features.

Like its predecessors, the 2022 Honda Civic aims to bring affordable, reliable, and efficient driving to the masses.

Although the 2022 Honda Civic is commendable, it faces a tough group of cars similar to the Honda Civic, including the 2021 Toyota Corolla, Mazda3, Hyundai Elantra, and Ford Fusion.

Let’s look at the list of the top 9 Honda Civic competitors currently available on the market.

The Civic, which debuted in the mid-1970s, is now Honda’s trump card in the segment. In addition, thanks to its regular updates and improvements for each market, the Honda Civic can satisfy every demanding customer.

Many automotive experts agree that many Civic users stick with this model. However, many tempting new alternatives to the Honda Civic 2022 will appeal to young customers with special tastes for adventure and exploration.

We put all 9 top 2022 Honda Civic competitors on paper to see if the new Honda Civic will be a viable alternative to its competition.

The Mazda 3 is a great alternative to the 2022 Honda Civic for an inexpensive car. Like the Civic, the Mazda 3 has sedan and hatchback versions and is one of the most exciting car models to drive.

In terms of steering and cornering, it even beats the Honda Civic. A lower price is a clear advantage of the Mazda 3 over its competitors in the US market.

The Toyota Corolla 2022 offers efficiency, comfort, and convenience that make it one of the best cars like the Honda Civic on the market. With a lower price than civic and more safety features, the Toyota Corolla wins the competition and stands top 2022 Honda Civic competitors list.

The cars have similar efficiency ratings, but you’ll spend less time at the gas pump with the Toyota Corolla’s longer travel range than with the Honda Civic.

The redesigned 2022 Hyundai Elantra has vastly improved and now outperforms the Civic in several target categories, including fuel economy, features, and interior space. However, Honda maintains its reputation for reliability and long-earned resale value.

However, Hyundai’s benefits may be short-lived with the arrival of a new Civic. Overall, maintained a good place in Honda Civic alternatives.

The tiny Kia Soul is a big 2022 honda civic competitor in capacity and fuel efficiency. Also, the Soul has a higher reliability rating than the Civic.

Therefore, this is a suitable model for those who want to buy an inexpensive and unpretentious car.

The trunk is also an advantage of the Kia Soul, with a capacity of 42.5 liters. Its starting price is $ 2,510 less than the Honda Civic.

Ford wins the race on cars like the Honda Civic list for those looking for the most power. Both vehicles offer similar fuel economy figures, with Ford saving drivers more money in the long run.

The Honda has a nicer interior and an overall better ride quality. Steering and handling are better on the Honda, too

The Focus is come with a 2.0-liter four-cylinder engine and generates 160 hp and 146 pound-feet of torque. Paired with a five-speed manual transmission, it returns 26 mpg in the city and 36 mpg on the highway.

Like the Honda Civic, the compact Subaru Impreza is available as a sedan and hatchback. This Japanese 4-5 door vehicle offers a manual transmission in its cheapest version.

Not to mention, it has a remarkably low starting price in the collection of cars similar to the Honda Civic. With a total of 14 types of Subaru Imprezas to choose from, both sedan and hatchback, this is a great vehicle for everyone. Especially as a fun first car for young drivers.

Suggestion For Reading: 2021 Subaru Impreza vs WRX Details Comparison – Which Is better Sedan?

There are several things that the Kia Forte and Honda Civic have in common such as both share similar prices and features.

The car has adaptive cruise control and some exceptionally advanced driver safety technologies with the Honda Civic DX sedan version, either manual or automatic.

On the other hand, the cheaper Kia Forte LX is already equipped with heated seats, Apple CarPlay and Android Auto.

The 2020 VW Golf GTI has more power and performance than other Honda competitors you demand, as well as more features for your everyday life.

That makes it a better choice than your new daily sports rider. It has a slightly higher Recommended Retail Price (MSRP) of $ 28,595. But when you consider the quality and sophistication that comes with German engineering, the Volkswagen Golf is even better value for money.

The new Volkswagen Jetta is part of cars comparable to honda civil because this car has a similar sporty design.

In addition, the base Jetta Comfortline and Honda Civic DX models are equipped with adaptive cruise control, something that is quite unknown for cars with such a low starting price.

Although the base price of the Jetta is a bit higher, you can hardly go wrong with a smaller turbo engine.

Who are Honda Civic competitors?

Readout top cars that compete with the Honda Civic and find top vehicles that suit you more:-

What cars are similar to a Civic?

The Honda Civic remains America’s best-selling sedan year after year. Our Locar Deals team has put together the names of the 6 best cars that are similar to the Civic listed below: –

The Honda Civic is a convenient buy and generally a good choice for the budget-conscious consumer. If you need a 2021 Honda Civic alternative, here are some of the best ones worth checking out, like the Toyota Camry, Honda Accord, Mazda 3, and Toyota Corolla.

Which car is better, Civic or Corolla?

What cars are equivalent to Honda Civic?

some cars are equivalent to Honda Civic in terms of price, features, performance, MPG, or technology given below:-