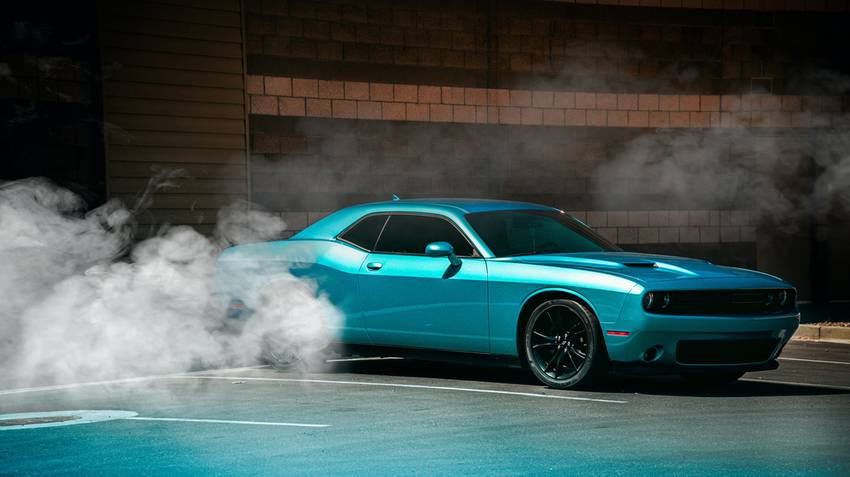 We like to buy our domestic cars because we use them to support our workers and our country’s economy. And the best American-made sedans give us the opportunity to support the American auto industry.

When it comes to the Made in America slogan, some big brands like Ford and Chevrolet come to mind. But with so many changes in car manufacturing these days.

There are a number of new manufacturers entering the market that battle old car makers like Tesla, a new major automaker.

According to a survey conducted by the website, 70% of potential car buyers consider the impact of the vehicle on the country’s economy to be a “significant or determining factor” in making their purchase, up from 66% last year.

Also, people’s preferences changed much more after Corona Padanamic, and now the demand for American cars is increasing as well and these cars are different from best-selling cars in USA 2021.

So in this article, we make you more aware of the best American-made sedans. Keep scrolling to see the top 11 vehicles considered the most American:

What is the Best American Made Sedan?

The manufacture and sale of automobiles is an important part of the American economy. And there are many better American-made sedans that represent our country well in the auto industry.

Today, some of America’s largest auto brands have become global brands that dominate various markets around the world.

A top new brand like Tesla has also become famous in the industry thanks to their aggressive work in car-related technologies.

American cars like the Tesla Model 3, Chevrolet, and Chevrolet Malibu are just as popular in other countries as they are in the United States. Let’s take a look at the top 11 best American made sedan 2022, according to Locar Deals.

Suggestion For Reading: 11 Best Full-Size Sedans That You Can Buy Now

One of the biggest questions many customers have when deciding which vehicle to buy is whether Best American made sedans or foreign-made vehicles are better.

While you can take a look at lists of the top sedans by country of origin on various websites, many of the best brand-name cars cross between American and foreign manufacturers. Read on for a basic overview of the benefits of US-made vehicles

Previously, pricing was the point of favoring American sedan cars, largely due to the availability of cheaper labor and materials.

As the economy has changed, American sport sedans have in many cases proven to be cheaper than their foreign counterparts.

More importantly, American automakers have realized that large and expensive gasoline consumers are no longer the way to capture the hearts of the average American.

Suggestion For Reading: 9 Fastest & Most Powerful Sedans Under $40000

When other brands try to imitate American muscle cars, the result is often bizarre rather than compelling.

And no one can replicate the rugged appeal of Jeep, which remains one of the world’s most iconic brands despite its consistently below-average reliability.

If you want to help the U.S. economy, you can probably do more by buying American sedan cars.

While overseas manufacturers have plants in the U.S. and employ U.S. citizens, domestic companies also have their headquarters, R&D laboratories, and administrative offices are here.

While the best American made luxury sedans are not the cheapest cars, according to a survey by a reputed organization, they can offer higher value at a lower price.

Accessible luxury is an attribute seen in brands like Buick, Ford, Chevrolet, and Chrysler, Moody said.

You can get the features of more luxurious brands like Acura and Infiniti giving less amount on an American car.

The United States of America is home to some of the largest automakers in the world, and US-made automobiles have been an integral part of the company’s history for more than 120 years.

Today some of the American cars are doing fine too. Things are much more dispersed these days. However, there are American-made automobiles that have indelibly shaped the auto industry.

The 2022 Lexus ES premium midsize sedan is a winner in many ways. It’s undeniably luxurious, enjoys great build quality, and has plenty of standard features, yet the ES is the cheapest car we see on the list of best American made sedans.

For 2022, the ES comes with a slightly updated exterior design. All equipment variants receive a new radiator grille and revised LED headlights.

The biggest change for 2022 is that the ES is now equipped with touchscreens. Additionally, touchscreens have been moved 4.3 inches closer to passengers to improve usability.

The 2022 Subaru Legacy is an extremely responsive midsize best American made sedan. It comes standard with all-wheel drive and is known for its rugged operation and sturdiness at resale value.

It was equipped with the latest technological features, including a full suite of advanced driving aids and a tablet-style touch screen that is one of the largest in its class.

The base engine in the first four settings is naturally aspirated and develops a reasonable output of 182 hp.

The top two models have a 2.4-liter, four-cylinder turbo engine that delivers 260 horsepower, which is much more fun but still has tolerable fuel consumption.

The 2022 Tesla Model 3 is amongst the smallest cars offered by the all-electric automaker. The Model 3 has the Tesla virtues of excellent range, a high-quality, high-tech interior, and outstanding performance at a reasonable price.

That’s supercar-like acceleration in a less than $ 60,000 sedan. The performance model also adds performance brakes and lower suspension to further improve the transmission.

The 2022 CT5 is a stylish American sport sedan that comes in great shape that ranges from luxurious to a high-end performance vehicle.

Big news for 2022 is the addition of the CT5-V Blackwing, which is equipped with the most powerful Cadillac engine ever – a 668 hp 6.2 liters V-8 supercharged.

According to Cadillac, the CT5-V Blackwing accelerates from zero to 60 mph in 3.6 seconds with the standard six-speed manual transmission.

If you’re looking for the perfect American sport sedans that have a completely national look, the Chevrolet Malibu is your choice. There are two engines available for the current Malibu.

The Malibu only comes as a conventional four-door sedan with a relatively slim body and a conservative stance. However, fuel economy is a sore point. Base cars are rated at a decent 32 mpg combined, with the larger turbo engine slipping at a disappointing 26 mpg.

The Tesla Model S is one of the most advanced and technologically advanced cars in the electric class. It has a top speed of 200 mph and an EPA estimated range of up to 405 miles on a full charge.

It’s not hard to see why the Tesla Model S is one of America’s most sought-after dream cars. The Model S has received some major updates lately.

The interior has been completely redesigned with an airplane-style steering yoke and three displays, including a massive 17-inch center screen.

Despite the emergence of new competitors in recent years, the Tesla Model S remains one of the best options for premium electric sedans.

Dodge Charger is the one of fastest four-door cars, the Dodge Charger returns almost unchanged for the new model year.

The Charger continues to offer one of the most diverse product ranges in the automotive industry, from a 300-hp V6 with optional all-wheel drive (AWD) to a 797-hp rear-wheel drive (RWD), making the Dodge Charger the fastest.

Most powerful series sedan in the world. All engines are mated with 8-speed automatic transmission.

If you’re one of the few buyers looking for a large four-door sedan and American sport sedans, options are few and far between, and even among those, the 300 is relatively unrivaled.

The Chrysler 300 is a part of the best American made luxury sedans with a swiveling suspension on the wheels that maintains the wheel alignment and ride height.

The muscular appeal of the V8 engine in the S version is complemented by the improved performance of the 4-wheel independent suspension. The 2022 Chrysler 300 offers a total consumption of 23 MPG.

The 2022 Chevrolet Camaro is an exciting rear-wheel-drive machine that gives you an American sedan car experience. Chevrolet is expected to offer four engines with the Camaro in 2022.

The base engine is a 2.0-liter four-cylinder that gives you the power of 275 horsepower and 295 pound-feet of torque will be standard.

The Camaro will have slim headlights, a wide air intake, and a bulbous hood upfront. Rectangular tail lights, large tailpipes, and chiseled rear bumper add to the angry look of the current Camaro.

It has good fuel economy, a low entry price, and a long list of standard features. It has a small 1.4 liter 4 cylinder engine that powers the 2022 Spark with 98 horsepower and 94 pound-feet of torque.

Despite the short length of the Spark, it offers a lot of headroom and offers generous headroom for a small car hatchback.

The Dodge Challenger is the fastest, luxurious, and most powerful muscle car in the world. For the 2022 year, it comes with an 807-hp power engine called Challenger SRT Super Stock that continues as the Halo of the Challenger range.

The five-passenger Challenger Coupé takes a different path from its competitors and offers plenty of room for occupants, including in the rear.

It is a comfortable car for a road trip. This model has incredible power, plus an adaptive suspension with Bilstein dampers and a flattened bottom steering wheel.

What is the best American-made car today?

After researching a large number of high-performance luxurious sedans we are selected these best American made cars for you:-

What is the most comfortable American-made car?

This is a compilation of the most comfortable American sedans ever made. Read on to discover the models that are or will become classics that every car enthusiast will recognize.

What is the best American sports sedan?

These are the most prefered sports sedans by Amricans, Each of them have a unique taste of ride

Which is the best performance American made sedan?

What are the most reliable American made sedans?

Whether you’re shopping online or going to a dealership, or even looking for a first car for your daughter or son, it’s good to know which are the most reliable American-made cars.

To assist you in your search, we’ve compiled a list of the best U.S.-made luxury sedans for 2022 buyers.

Great for exploring the best cars made in America. Multiple cars could be included in this list, there are more than ten, but on average these are the cars made in the USA that are consistently highest-rated and most recommended.

If you haven’t bought American in a couple of years, why not give it a try? With all of these options, you should consider a US-made car for your next vehicle. Most likely, you will not regret your purchase.

A Complete Guide Of 2022 Subaru Forester