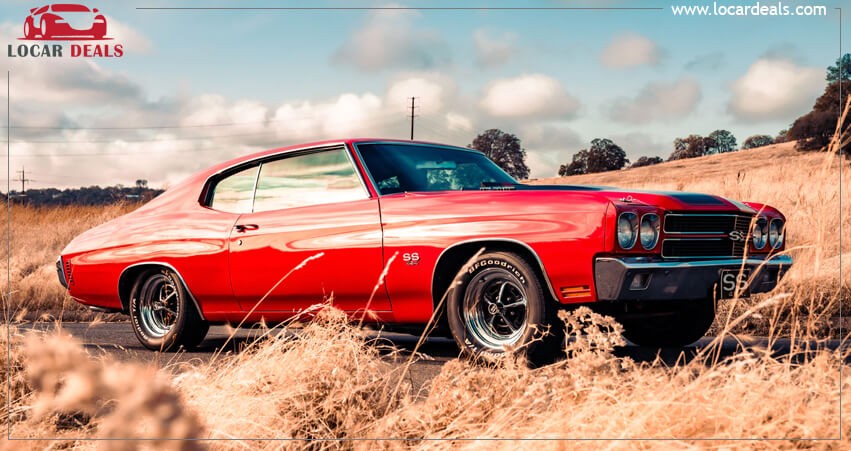 Since their introduction in the 1960s, different concept muscle cars have been introduced to the public.

With time these dynamic automobiles have undergone various changes, and they have been introduced from time to time to check the buyer’s response towards them.

Some muscle cars concept gained popularity and were offered as a production model. Whereas remaining were left as a concept car.

In this article, we will talk about the five most fascinating concept muscle cars that have paved a place in the history of the automobile industry.

The American muscle concept cars came into existence with the invention of Buck Y Job in the late 1930s.

In the 50s, owning muscle cars became a huge trend. With time the companies started producing new concept muscle cars that were beyond the limits of regular production models.

Below we have the names of some of the best muscle cars concept ever made that every car enthusiast must know about.

Muscle cars are not oblivious. Many automotive companies are taking these concept muscle cars as the base model and producing models with the latest advancements.

The 2022 model year is about to see some of the best new-generation muscle cars in the market.

However, we cannot understand the future unless we take a look at the past. So keep reading and explore the fascinating world of concept muscle cars.

The first car on our list of most fascinating concept muscle cars is the 2004 Ford Shelby GR-1. This car holds one of the most beautiful yet ridiculous (in a good way) designs for a muscle car.

There is no proper reason as to why the company never pushed the vehicle to production. The 2004 Ford Shelby GR-1 is an enhanced & modified version of the 1965 Shelby Daytona Coupe.

The 1965 Shelby Daytona Coupe was a cobra with a high-end streamlined body that had an excellent performance on tracks.

40 years later, in 2004 Ford Shelby GR-1 was introduced by Ford that came equipped with a V10 engine and was disclosed as an all-aluminum concept.

The vehicle was showcased in many car shows, and it collected many impressive reviews. But despite all this, the model never made it to production, and the reason is still unknown.

However, some companies offer the design and can build one for you if you desire.

The next muscle cars concept to make it to our list is the 1999 Pontiac GTO. In 1999 Pontiac surprised everyone with their unique concept that they proudly called GTO.

It was an immensely aggressive model with excellent work of design. The slight shadow of retro design and bright red color showed its resemblance to the classic 1969 GTO Judge.

It was looking like General Motors are going to have a GTO comeback, but somehow the model never made it to the production.

Another concept muscle car that people would have loved to run on the roads is the 1964 Pontiac Banshee I.

The early 1960s was the time when Pontiac was a synonym for performance. With the introduction of their GTO model, the market of muscle cars picked up the pace.

With the aim set much higher, the company soon introduced a fully operational concept vehicle called the Banshee.

This was one of the first concept cars of the Pontiac that somehow made it to the production (not really but in a manner of speaking). The first model came out in 1964 and was highly advanced due to its lightweight body, compact dimensions, and robust engine.

The Banshee I was supposed to be a two-seater with modern styling and affordable pricing that would attract attention if made as a production model.

However, there are speculations that state that General Motors was afraid that a sports coupe from Pontiac could affect the sales of Corvette, so they terminated this project.

The next legendary concept muscle car that was considered the best muscle concept car manufactured in the 1970s was Ford Torino King Cobra.

The car was all about excellent performance, especially on the tracks, which made its fans hope that at least this muscle car would make it to the productions.

However, being introduced as the rival for popular cars like Plymouth Superbird, and despite having all the tools & technology, the car never made it to the production stage. The failure of production was NASCAR regulations & due to this, Ford Torino just remained a concept car.

The 1968 Dodge Charger III was a perfect blend of extraordinary looks and breath-taking performance.

The car had a wedge-shaped front end, an opening roof, and a retractable spoiler in the back. With its introduction, it gained much attention and love from car enthusiasts. However, the company never planned for production (sigh!!).

Another 1960s model that you can check out on our list of concept muscle cars is the AMX muscle car(s).

AMC was a famous car brand known for its economy cars that hold no significant features. However, the introduction of their first muscle cars brand saw an immense increase in their sales.

With such a great response, the company started to compete in the sports cars market and created AMX/3.

The AMX/3 prototype came with a 390 V8 engine with 340 hp was capable of going 170 miles per hour. It was a perfect blend of Italian styling and effortless handling.

Despite the good start & progressive work, the company realized the finished product would cost way too much for people to buy.

Considering this, the company decided to kill the amazing AMX/3 in 1970 after building only six preproduction cars.

Another concept muscle car that somehow was quite different for the approach was Chevrolet Astro II.

Chevrolet Astro II was one of the first in a long line of mid-engine Corvette concepts. The idea was made real with a fully functional prototype that came with a big block V8 engine that powered rear wheels.

The engine was capable of producing 390 horsepower and was a good example of a convincing performance.

Despite such a promising future, Chevrolet dropped the idea of producing Astro II. The car was a dream that never became a reality.

Another concept muscle car that never got built is Ford Mustang Sedan. The Mustang was developed by Ford in the early 1960s. It was not only a new vehicle but a new concept & style in the market.

It was a sports car with a four-door body style. The model was attractive & hold everything that one can see in the classic Mustang lines.

However, Ford realized that launching a Ford Mustang Sedan can kill the sales of Falcon to a dreadful extent as both the cars were based on the same platform and engines.

The next muscle car concept that should not be left unexplored is Chevrolet Aerovette Wankel. The mid-engine layouts were people’s obsession in the 1970s which made Chevy work on the related prototype.

The company developed 10 fully functional Corvette prototypes with this drivetrain layout between 1960 and 1970.

But the one that attracts more attention is the 1973 AerovetteWankel concept. The car came with an advanced four-rotor Wankel unit that can produce more than 400 horsepower from 390 CID.

The functional prototype was presented in 1973, where it gets mixed reviews. The styling and powerful engine were the talks of the show. However, people showed their hesitation for a vehicle with a new concept engine.

But when the company learned about the expenses of launching such a vehicle, it scraped the idea. The vehicle never made it to the roads, but it still is one of the best concept muscle cars to ever been made.

The next concept muscle car is another Mustang from the Ford. Mustang was released by Ford in 1964 and it became a success as soon as it hit the market.

The market was filled with speculations and ideas for customized Mustang which encouraged Ford to create Ford Mustang Station Wagon.

The prototype was a three-door and shooting brake-style station wagon. After the introduction of the prototype Ford even saw the potential to make the model better by making a roomier version.

The company was able to form a design where they were able to make a long roof design that did not affect the original sleek profile and sporty look.

This station wagon was not only good-looking but also offered much more comfort and practicality.

Although it was the best model to be introduced the Ford never made it into a reality, which to date remains a pain for the true Ford lovers.

In 2003 brand new ideas for new concept muscle cars were introduced by Mercury. Mercury was seen as a boring car brand that only sold rebadged Fords with luxury items.

However, the new muscle car that was called Messenger was introduced by Mercury. The prototype was a two-door coupe sports car that was somehow a shadow of the classic Mercury Cougar from the 1960s.

The Messenger was based on the Mustang. Similar to the Cougar, Messenger also had a 4.6-liter V8 engine but with a modern twist of sequential six-speed gearbox and futuristic interior. But the Messenger never made it further beyond the concept car stage and remained a well-anticipated muscle car.

2022 is going to see the launch of many muscle cars. If you are a muscle car enthusiast and can’t wait to get your hands on one, here we have a list of some upcoming models for you to look out for:

Are there any new muscle cars coming out?

YES. You can check out our article about New Muscle Cars 2022 to learn more.

What is the most badass muscle car?

The answer depends on the year of launch you are interested in. The 1960s and 1970s were the peak years for concept muscle cars.

The 1960s were all about Mustang. However, other models were still circulating in the market.

Does Toyota have a muscle car in USA?

YES. Below is the list of the top 3 muscle cars made by Toyota in USA Market.

What was the best concept muscle car in 1973?

One of the best concept muscle cars to hit the market in 1973 was Chevrolet Aerovette Wankel. The model never made it to production but remains one of the most anticipated models to date.

Concept muscle cars have been the base inspiration for many modern vehicles we see running on the road. Many astounding models never made it to the production, but their replacement is still not found.

Muscle cars are beginning to get attention from the past few years, and many American automotive companies are producing advanced versions of this retro style. We hope you enjoy reading our list of best modern muscle cars concept.